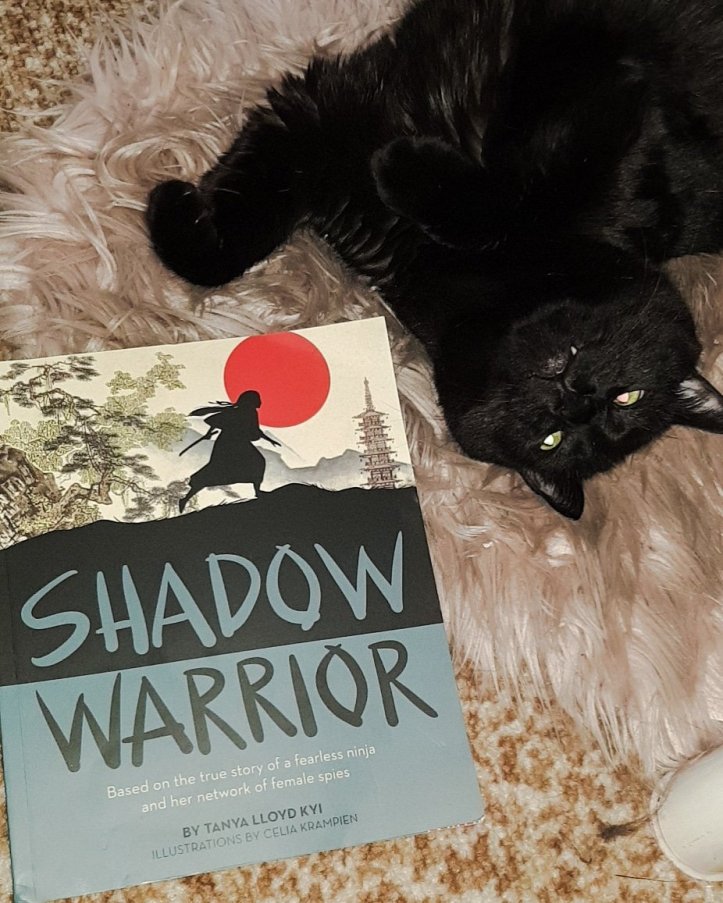 Published in 2017 by Annick Press

It’s 1558, and warlords across Japan are battling for territory and control. Into this setting, Tanya Lloyd Kyi weaves the stories of three people: Mochizuki Chiyome, a young woman determined to become a ninja whose plans are thwarted by an arranged marriage; Takeda Shingen (The Tiger), a fierce warlord seeking a new weapon to outsmart his enemies; and Aki, an orphaned tavern girl whose destiny is changed by a mysterious woman. As their stories intersect, the three characters become key players in an elaborate network of undercover female ninjas who will eventually shift the balance of power in Japan. Based on the true story of Mochizuki Chiyome and her all-female spy network.
My Review:

I received a copy of this book from NewSouth Books in exchange for an honest review. This of course does not impact my thoughts on the book.

I was definitely surprised by this; there was a wealth of illustrations which accompanied the story, which was about an aspiring warrior.

Of course, fate has other ideas, ans being set in 16th Century Japan: of course there were cultural implications on women, who were often required to marry rather than carry out their own lives.

Things happen to our heroine, however, and what follows is a tale of war, espionage and constant intrigue. Each page was captured alongside a gorgeous illustration which took the reader though the cruel aspects of ninja training. I thoroughly enjoyed this, and definitley recommended it; what with the beautiful pictures and heartfelt words, this definitely made for a unique reading experience!
And that concludes my review, until next time, happy reading! 😀

Reading is my passion. Writing is my outlet. Creativity is my medium.

an infinity of possibilities

An eclectic mix of things I make and love

Thoughts on Books and Video Games

struggling through one book at a time

Lover of Beauty,Books and Food

Reading Under the Olive Tree

"If you don't like to read, you haven't found the right book." -J.K. Rowling